Advertising the Plastic Bag Ban: How Kinney Drugs Turned an Inconvenience into a Celebration 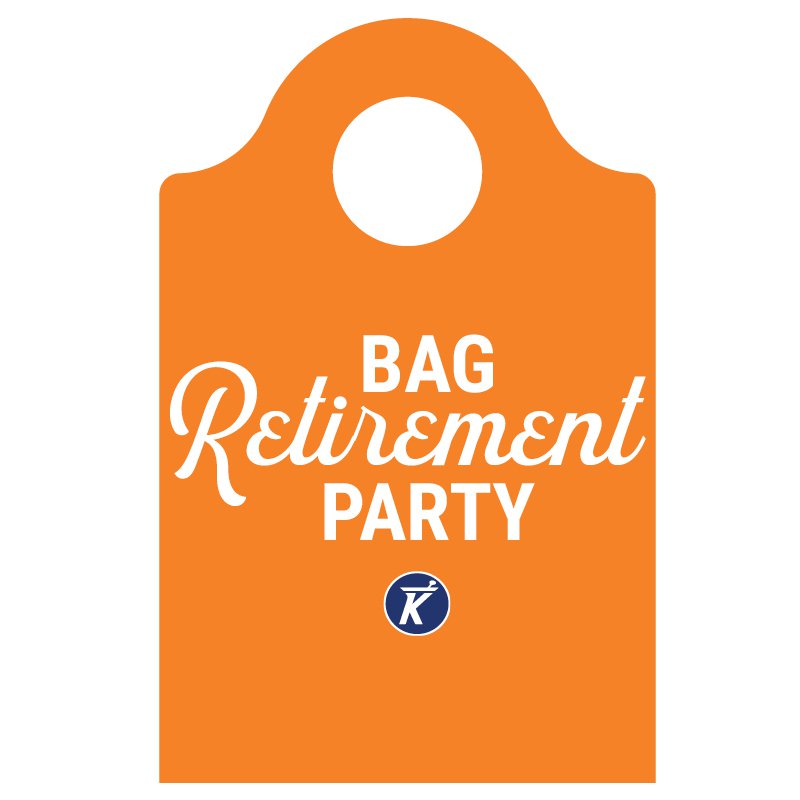 New York State’s plastic ban went into effect over the weekend, which prohibits the distribution of plastic carryout bags by certain retailers. Shoppers will be required to bring their own reusable bags to stores or opt for a carryout paper bag. Stores have had almost a year to prepare for this transition, while some retailers such as Wegmans have already made the switch. The situation has fueled customer frustration over the inconvenience, with many heated debates occurring on social media and blogging platforms about this new law.

Kinney Drugs, knowing that people would inevitably miss their iconic, durable orange bags, started planning for the transition months ago by creating a multi-tiered campaign dedicated to retiring the beloved bags.

Photos from the eventful weekend: 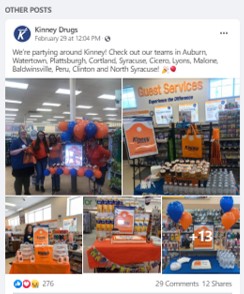 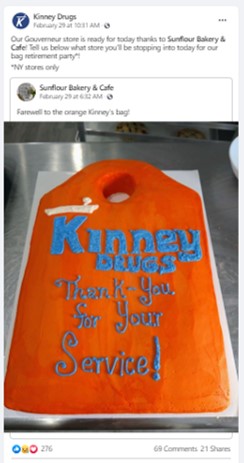 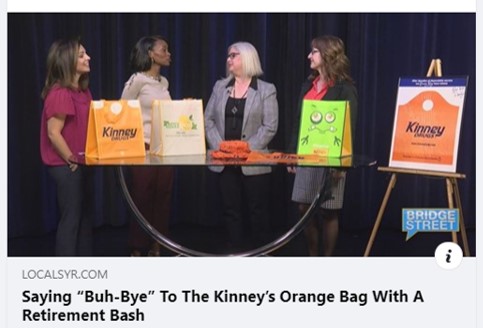 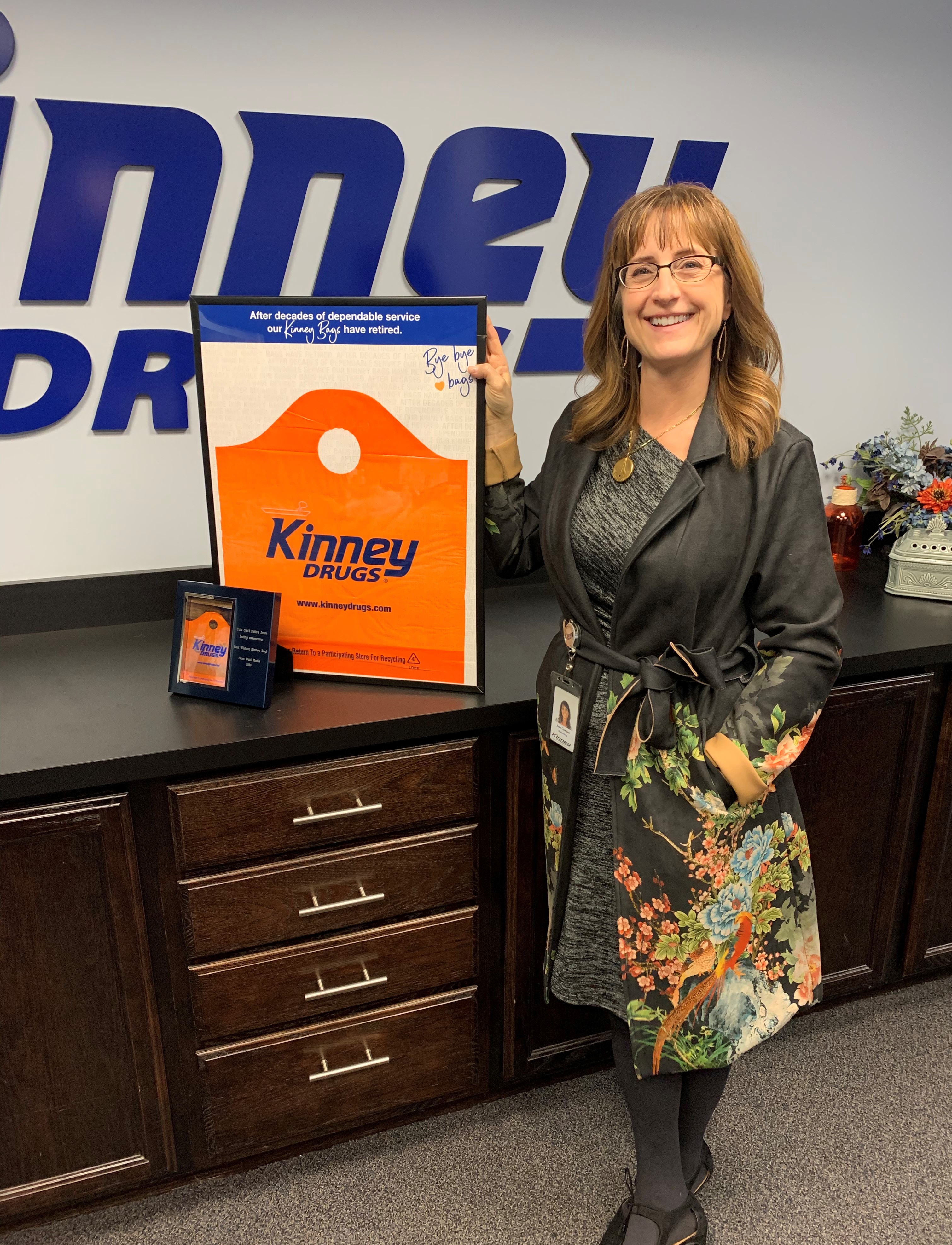 Judy Cowden, Senior Director of Marketing and Advertising, shows off a framed Kinney bag ready to be signed by store employees 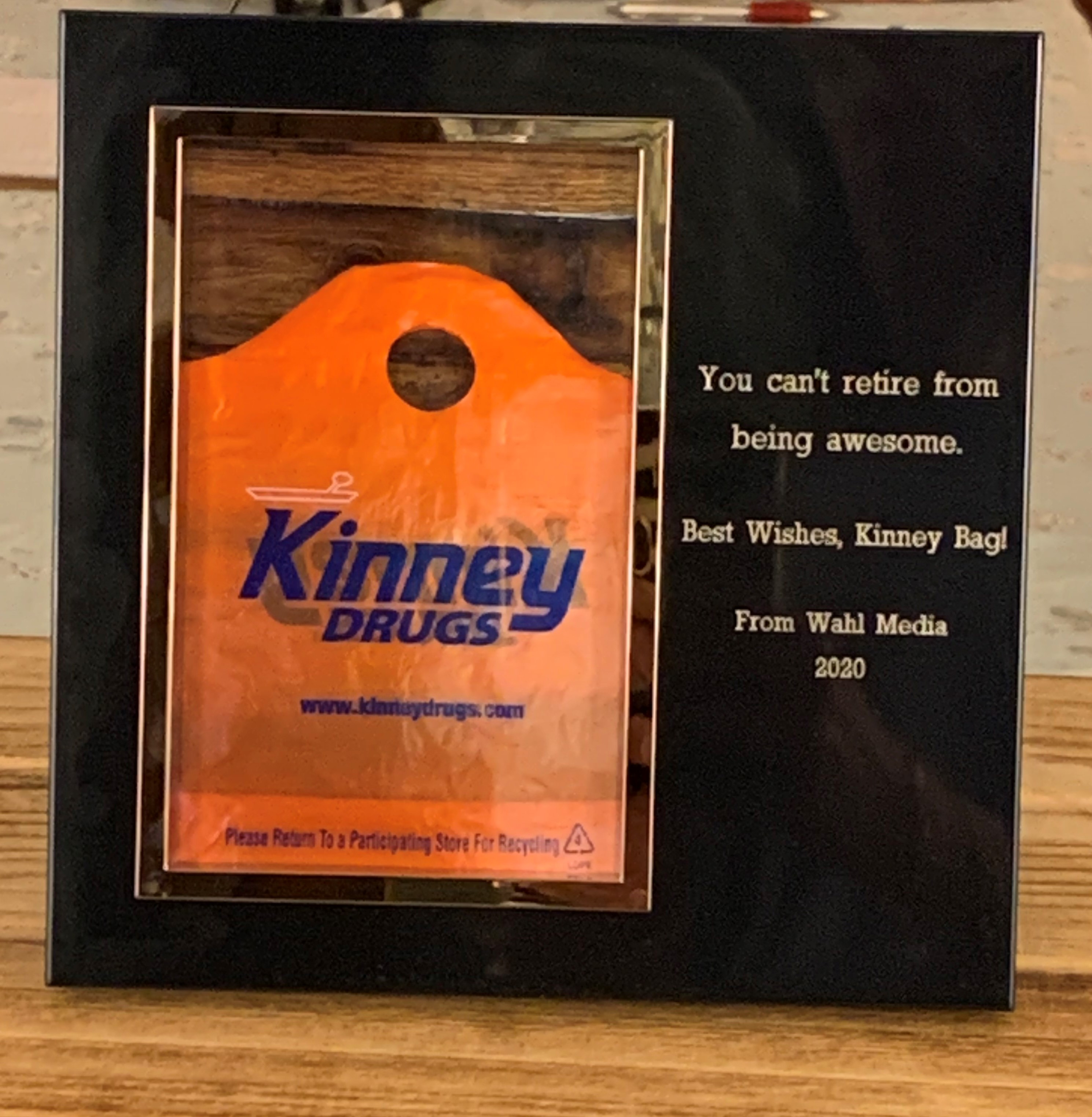