March Madness is Back But How We View It Is Changing

College basketball fans hunger for the month of March each year as they fill out their office pool brackets and tune-in for the excitement of March Madness.  That is…until 2020.  The Covid-19 pandemic forced the cancellations of most conference basketball tournaments and inevitably the 2020 NCAA Men’s Basketball Tournament.  But, in 2021, under a strategically created plan where all 68 teams invited to the tournament will participate under a “bubble” atmosphere in Indianapolis, Indiana, March Madness returns and so will the strong viewership, not only on traditional TV, but digitally as well. 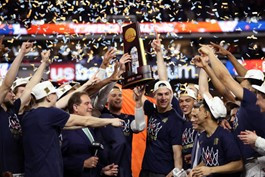 When the confetti fell in Minneapolis in April of 2019, the Virginia Cavaliers were crowned the NCAA Men’s National Basketball Champions in the last tournament played prior to the Covid-19. 19.6 million viewers tuned into CBS for the finals where Virginia defeated Texas Tech in overtime.  It was an increase from the previous title game in 2018, when Villanova beat Michigan, a game which aired on TBS and TNT.  However, 2019 saw drop of 15% in the ratings compared to the last time previously that the NCAA Men’s Finals aired on CBS, when North Carolina narrowly knocked of underdog Gonzaga to capture the title in 2017.  (Source: AdWeek, 4/9/2019)

Overall, the entire tournament continues to see strong viewing with all games airing throughout the 67-game tournament, held over three weeks on CBS, TBS, TNT and truTV.  An average of 10.5 million viewers tuned into games in 2019 from the First Four, a play-in event of the last teams to make the annual basketball playoff and through the excitement of the Rounds of 64, 32, the Sweet 16, the Elite 8, the Final Four and of course, the National Championship game.  That was an increase of viewing of 8% from the prior year.   (Source: AdWeek, 4/9/2019)

In addition to live traditional TV viewing, livestreams, like many programs, saw a massive increase of 31% for the 2019 NCAA Men’s Tournament compared to 2018. That trend is expected to soar again with the 2021 edition of March Madness.  In fact, the entire landscape of viewing sports has changed over the past couple of years, something that is expected to continue.  In 2019, there were 32 million monthly live digital sports viewers in the United States, with an incredible increase of 73% from the year before.  When sports returned from a hiatus during the early days of the Covid-19 pandemic, digital sports viewership grew again, up over 14% to 36.5 million monthly viewers.  With a comparable increase expected in 2021, that total will exceed 40 million monthly viewers. (Source: eMarketer, 5/2020) 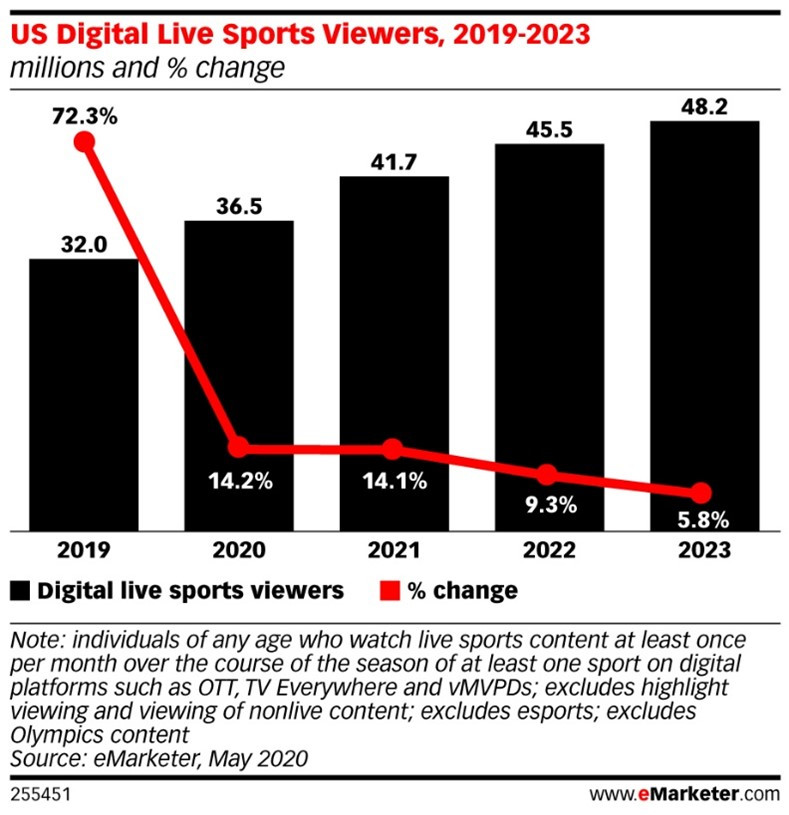 When you grab your “hopefully victorious” office bracket and get ready to watch the start of this year’s March Madness coverage, know that options beyond the traditional “TV tube” are available and becoming more and more popular.  Viewing on your connected devices, iPhones, tablets or even laptops is trending upward, giving you the opportunity to become more mobile during tournament coverage—and also less of an excuse to walk away from work or home responsibilities when you are normally parked in front of the TV for the excitement of this year’s NCAA Tournament.  An alternative way to watch is via the March Madness Live app on iPhone, iPad, Android, Apple TV, Amazon Fire and Roku or through CBS All-Access. (Source: PC Mag, 3/12/20)